Why would you want to order the moves the engine is going to search? The answer to that may not be immediately obvious. However, if you take a moment to take into account how a human thinks about a position, everything will become clear. Let's review an example that could occur in an actual chess game. Consider the following position, with white to move: 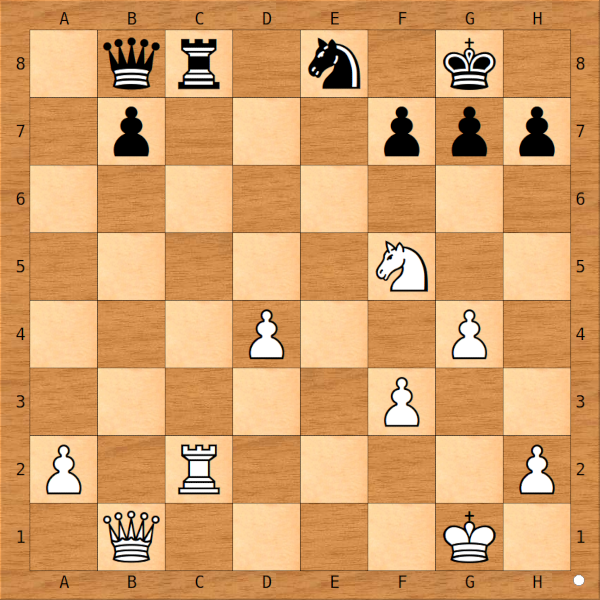 There are a lot of possible moves to be played. The rook and the queen have 22 moves together, and we're not even counting the king, the knight, and the pawns. You may ask yourself: Which moves should I consider first? That is a perfectly valid question, because moves are not of equal value. For example:

The last move seems to be great: it attacks the black king AND the rook, and after the king moves, the rook can be captured. Great. But wait... there's bigger fish to fry.

At first glance, this move only seems to trade rooks after Qb8xc8, but you have to realize that it's now the black queen on c8, and the move Nf5-e7+ is still on the board: the knight now attacks the black king and the queen, instead of the rook, for an even greater gain.

So, what if black doesn't take the white rook, moving the queen off the back rank with Qb8-a7? White could still play Nf7-e7+, but now that would be a mistake. The better move is:

Black is checkmated. The black queen is unable to move off the back rank and keep the knight defended at the same time. (Note that Qb8-e5 does not work, because white will just capture with d4xe5.) Qb8xh2+ is possible because it checks the white king, but then white will just recapture, so that's no good either. Worse, the Rc8xe8 checkmate threat is still on the board.

Thus after Rc2xc8, the response Qb8xc8 is the only good move, even though white will follow it up with Nf5-e7+, which wins the black queen and the game. (You could therefore say that Qb8xc8 is the least bad move instead of the best move.)

The takeaway from this example is that most moves on the board are not even considered by humans. If you're in the middle of an attack such as in the position discussed above, it's unlikely you're going to consider moves such as a2-3. The order in which moves are mostly evaluated is the following:

Using techniques like these, humans narrow down the list of moves to examine. A chess engine has to do the same thing, or it will be examining a lot of useless moves. This slows it down in finding good moves and it will be weaker because of that. If the engine has a way of examining good moves first, it can skip searching huge chunks of the move tree, which will be saving a lot of time in finding the promising variations. It can use this saved time to search deeper. The engine will become stronger as a result.

In this chapter, we'll discuss various techniques on how to order moves during the search. To make the gains of move ordering more tangible, an example of a search with and without move ordering will be provided in the MVV-LVA chapter.